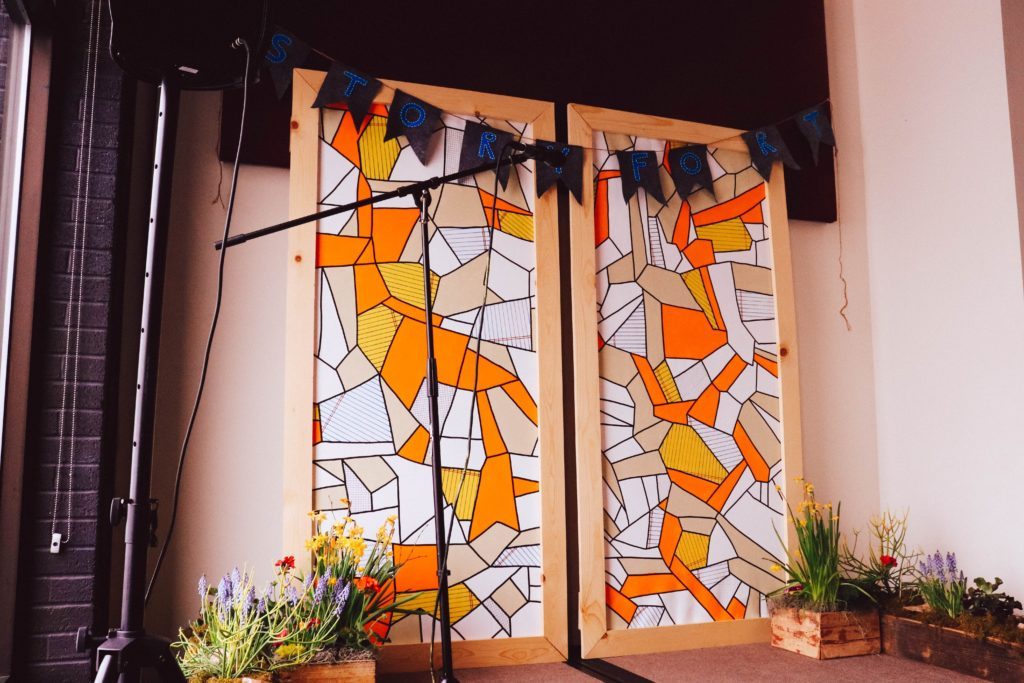 Storyfort 2020 will feature a fest-wide podcast stage in the Owyhee Thursday through Sunday of Treefort (March 25-29). This stage will showcase podcasts from not just Storyfort, but also Comedyfort, Foodfort, Hackfort & Yogafort.

More than a dozen podcasts will be at Treefort 2020, including The Latino Card, Love Service Wisdom, Copper and Heat, OverBooked, Storyfort Presents: Voices of Treefort Music Fest, Behind Gray Walls, D-Pad Diaries, and more.

The Storyfort Podcast Stage is free and open to the public.

Check out these podcasts live at the Storyfort Podcast Stage at Treefort 9: 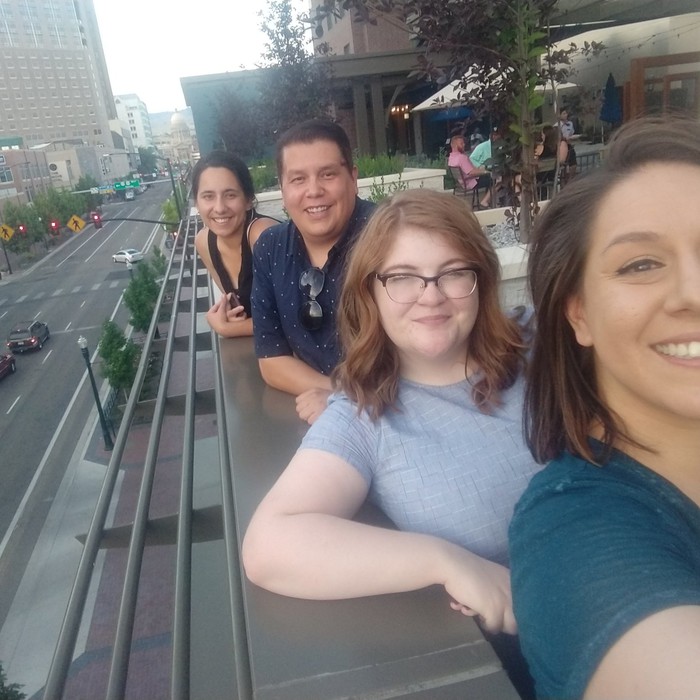 ( boise, idaho )
The Latino Card is hosted by Idaho Commission on Hispanic Affairs’ JJ Saldaña and the National Latin@ Network’s Rebecca De León. It is produced by the very white Ashley Miller, Digital Editor of The Idaho Press.

The Latino Card is designed to do one thing: elevate the voices of Idaho’s most overlooked population. Hosts talk about the issues, struggles, and hopes of Idaho’s latino population.

The Latino Card is bringing their podcast to Storyfort’s podcast stage to teach people that everyone has a story worth telling, regardless of race, immigration status, education or platform. 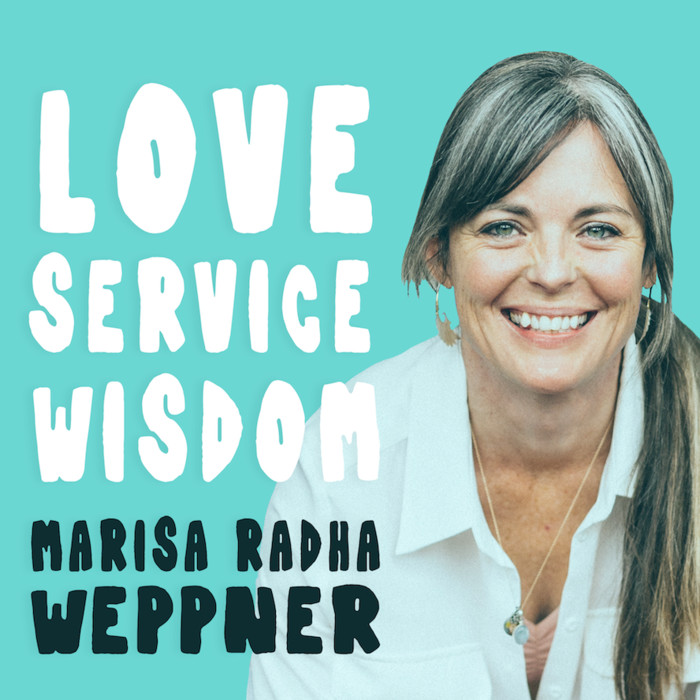 ( boise, idaho )
For the past 25 years, Yogafort co-director Marisa Radha has been exploring what it means to be human, what is the nature of reality and how we can know our true selves.

The Love Service Wisdom podcast is a collection of collaborative content with thought leaders and spiritual teachers from diverse backgrounds plus Marisa Radha’s personal musing, all designed to dig into the deeper aspects of truly feeling what it means to be alive and on a journey to accepting all parts of our selves.

Expect to hear stories to inspire your strengths, honor your shadow, and invite a new found sense of playful exploration into living your most loving self. 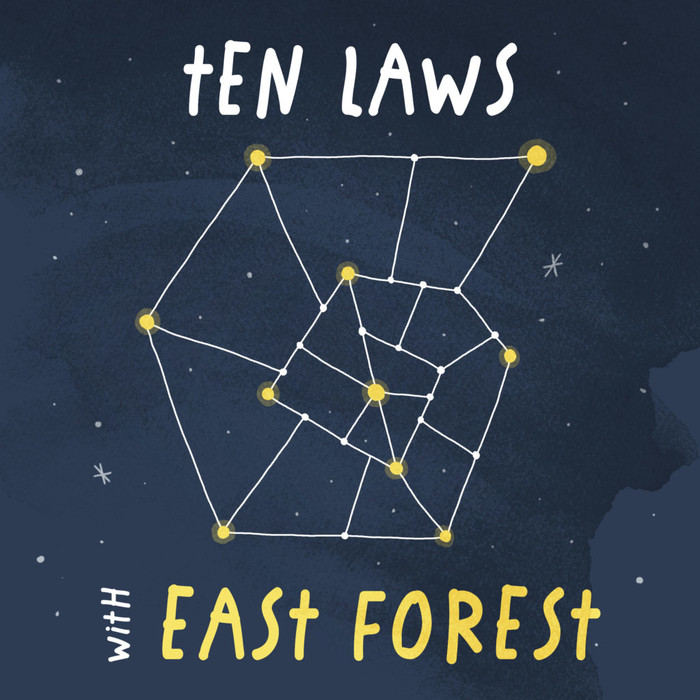 East Forest is a unique bird in the Wild West aviary of electronic-chamber music, bridging the digital and natural realms. While his electro-acoustic ambient ‘soulgaze’ can be contextualized along with Aphex Twin, Philip Glass and Sigur Ros, the fundamental mission of his project is to create sonic architecture for listeners to explore their inner space. As a leader in the field of wellness, he offers a spiritual yet secular pathway aimed squarely at the challenges of our contemporary lives. It is a process of opening doorways through myriad offerings, including his music, talks, podcast, and retreats. East Forest invites patience. 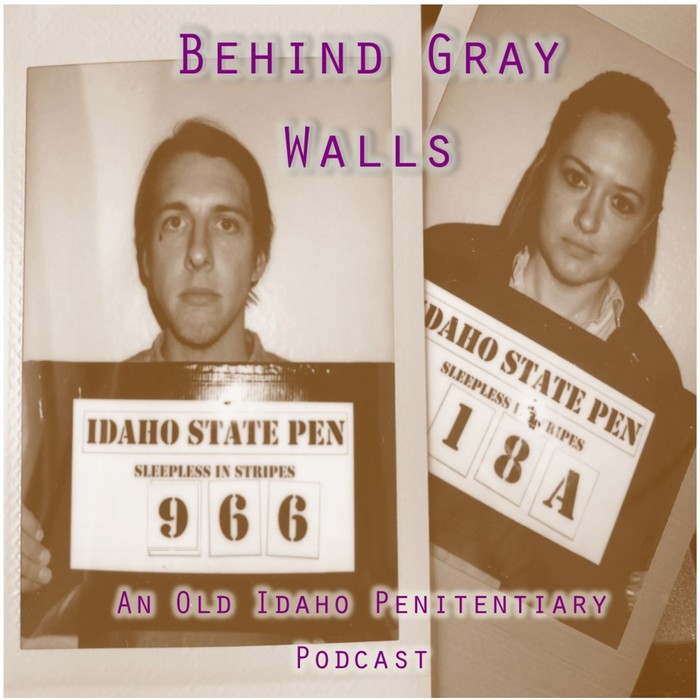 ( boise, idaho )
From inside the walls of the Old Idaho Penitentiary comes a podcast about Idaho history, true crime, and the stories of the inmates who lived here, written and produced by two employees of the Idaho State Historical Society, Anthony and Skye. Named after a biography written by inmate Patrick Charles Murphy, Behind Gray Walls is a podcast that will bring humanity to the stories you may have heard while visiting the Old Idaho Penitentiary, and some that you most certainly have not.

Each episode, you will hear the stories of two inmates, one male and one female. In a conversation between the hosts, the inmates’ lives, crimes, and time behind bars will be discussed in a way that will bring a new dimension to the Old Idaho Penitentiary and the over 13,000 men and 217 women who lived here, even if it was for a short amount of time. 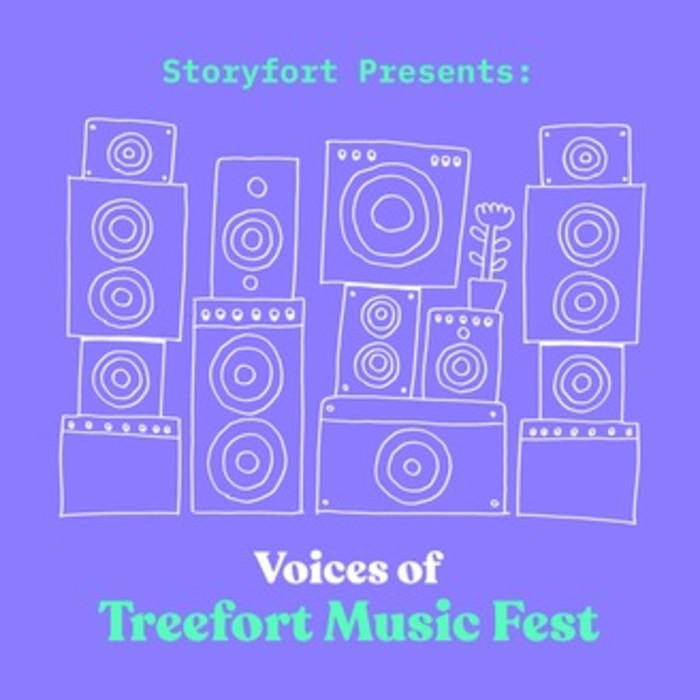 The stories abound. And remember: Treefort is for everyone, as is this podcast. See you at the Fest! 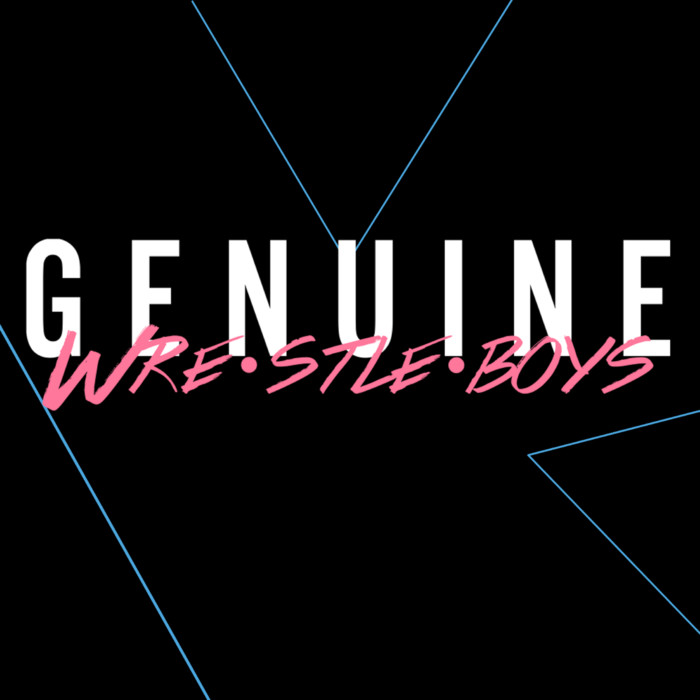 ( boise, idaho )
Genuine Wrestleboys is a pro wrestling podcast by four friends, made better friends through a love of professional wrestling.

Genuine Wrestleboys was started in June 2017 and is co-hosted by Derek Oster (he/him), Esai Saldana (he/him), Matt Stone (he/him), and Zack M. Evans (they/them), as well as a rotating cast of Mystery Tag Team Partners (guest hosts) and characters from the world of professional wrestling.

The podcast started after Matt and Zack’s significant others begged them to talk about wrestling with each other so they could have an occasional break from hearing about it, which became a group text also including Derek named Genuine Wrestleboys after a dumb joke on a funny YouTube video. Esai was almost immediately added to the group text and within a day or two things had escalated rather quickly into plans of starting a podcast. 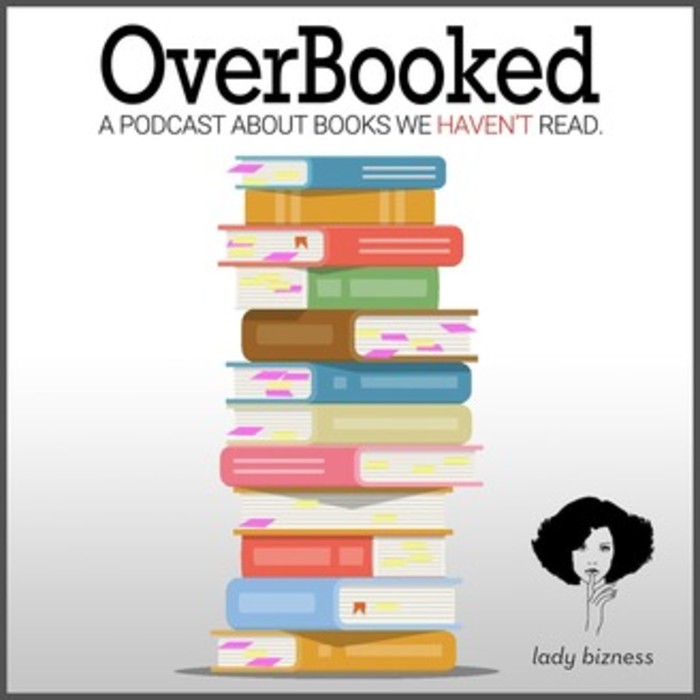 ( boise, idaho )
Jynx and Alisha of comedy duo, Lady Bizness, have always wanted to be a part of a book-club, but with their busy schedules they just don’t have the time to read. On Overbooked, Jynx and Alisha are starting a book-club, where absolutely no reading is required.

​Lady Bizness’s Alisha Donahue and Jynx Jenkins are two sweet, smoky broads from Boise, ID who are winning at life. The two met as contestants in a stand-up comedy competition in 2013 and started the popular Lady Bizness Podcast the same year.

The Ladies have a shared love of cardigans, pie, the quest for the perfect gravy boat and are both winters. In the search for stage fodder, Alisha and Jynx have found themselves in pole dancing class, hauled away in Porta-Potties and stalking the ice cream man. 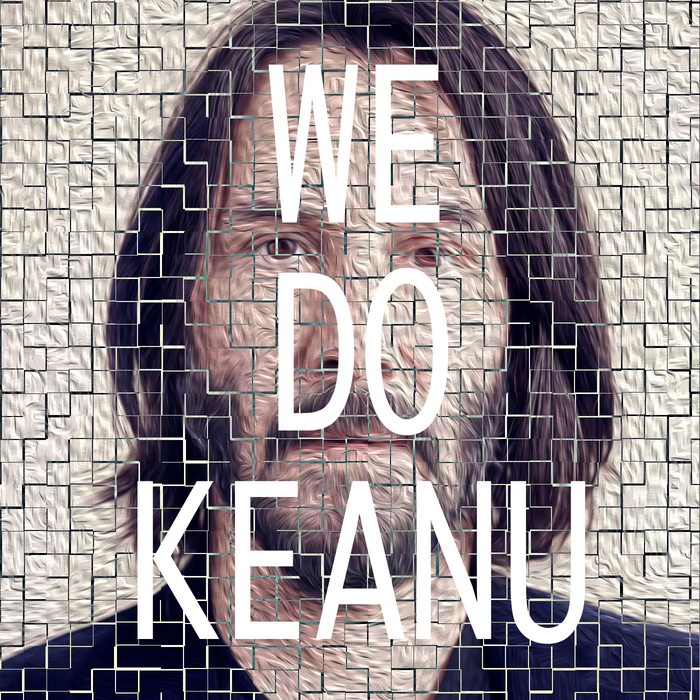 ( boise, idaho )
Brett Badostain and Dylan Haas love Canadian actor Keanu Reeves. So, they started a podcast where they are going through Keanu’s entire filmography in chronological order as a way to celebrate one of the most diverse and exciting actors in American history.

Be excellent to each other, and party on, dudes.

We Do Keanu is part of the EaseDrop Podcast Network based in Boise. 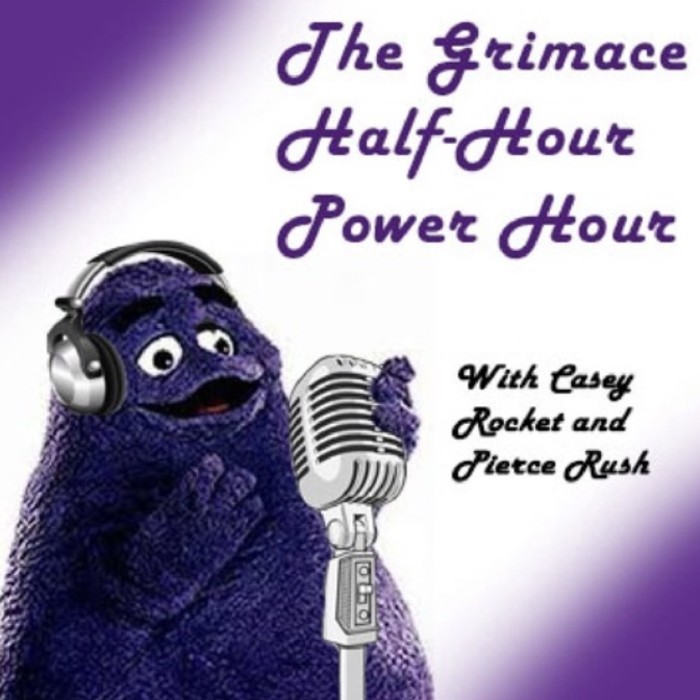 ( boise, idaho )
The Grimace Half-Hour Power Hour is dedicated to the lore surrounding history’s most baffling figure. Boise-based comedians and recovering degenerates Casey Rocket and Pierce Rush take the time to ask the hardest question asked of man; Where does Grimace stop and reality begin?

Casey Rocket is a published satirist featured in Points In Case and Defenestration Magazine and as well as a standup comedian who was featured in Comedyfort last year. Co-host Pierce Rush is a fellow comic.

The Grimace Half-Hour Power Hour is part of the local Easedrop Podcast Network. 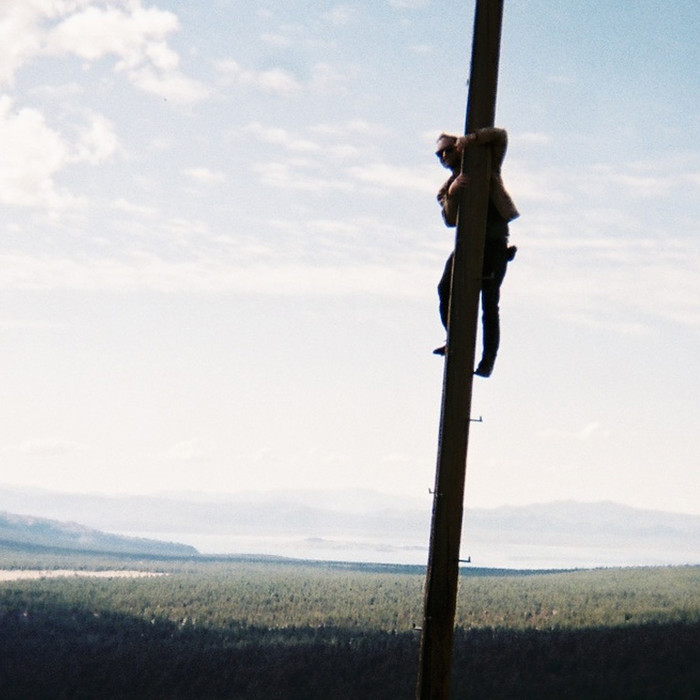 ( reno, nevada )
Van Sounds is a podcast that started in the back of a tour van in 2013 about movement – mixing music journalism, travel writing and experimental radio.

It’s been featured on CBC, NPR member stations, PRX Remix and was named “Best Offbeat Adventure Audio” by Outside Magazine in 2017. 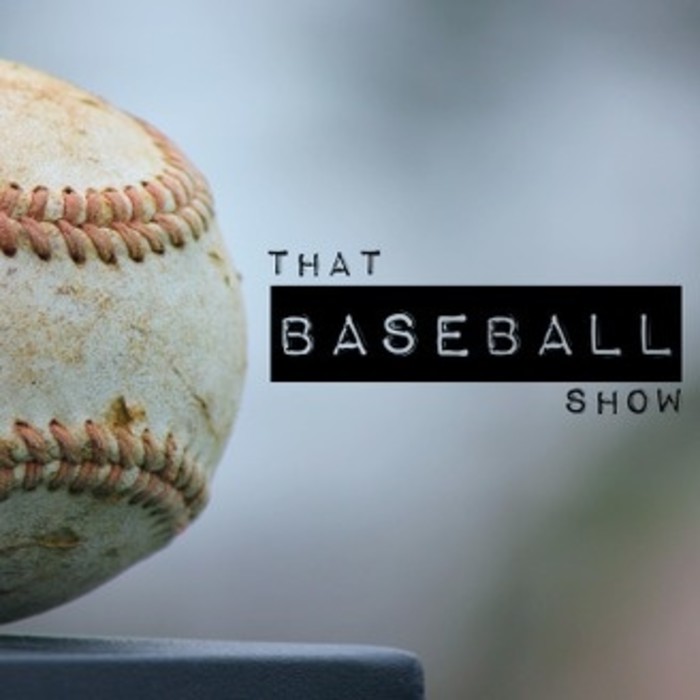 ( boise, idaho )
That Baseball Show is a comedy podcast that occasionally touches on the sport of baseball, as discussed, debated and other d-words by Jimmy Bowman and Matt Melton, 2 lifelong fans and comedians.

No over analyzing statistics or deep strategics here, just two baseball fans talking about the fun and sometimes ridiculous aspects of the sport. 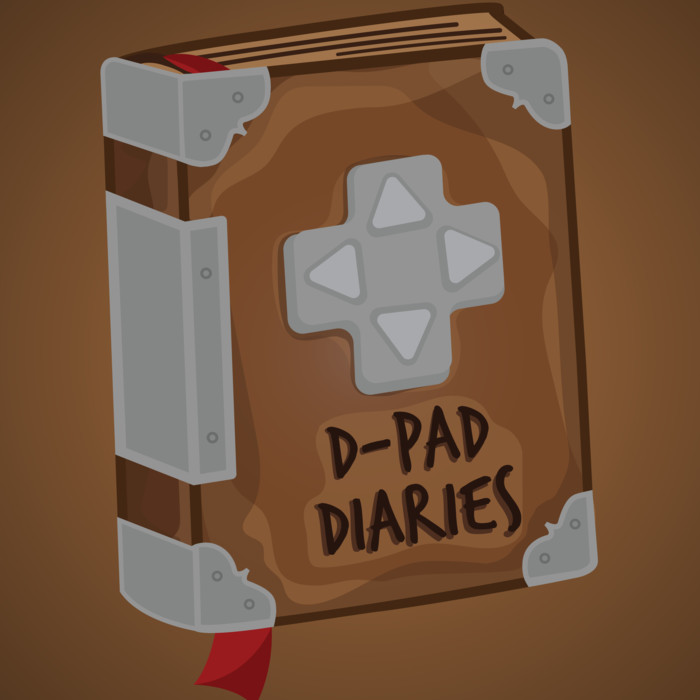 When not studying video games for school, Kyle enjoys playing, developing, and (you guessed it) talking about video games. Join Kyle for D-Pad Diaries as he zealously embellishes video anecdotes and stories. 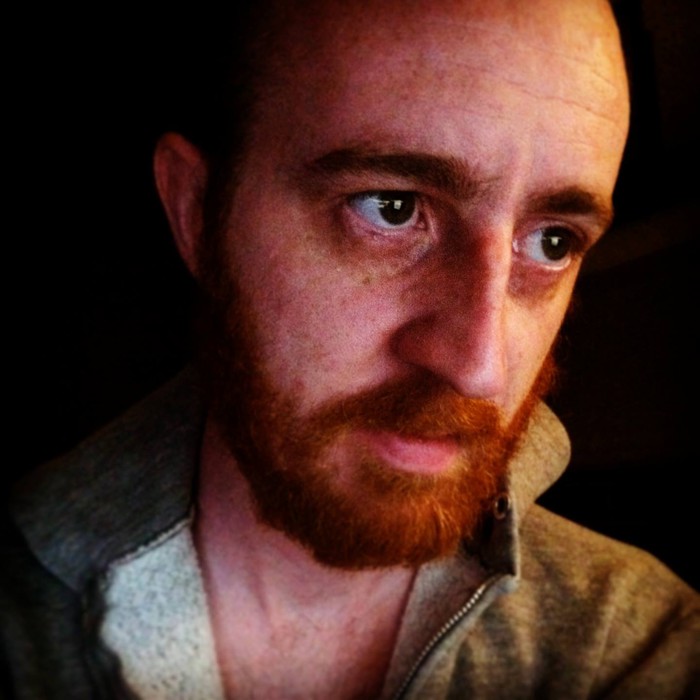 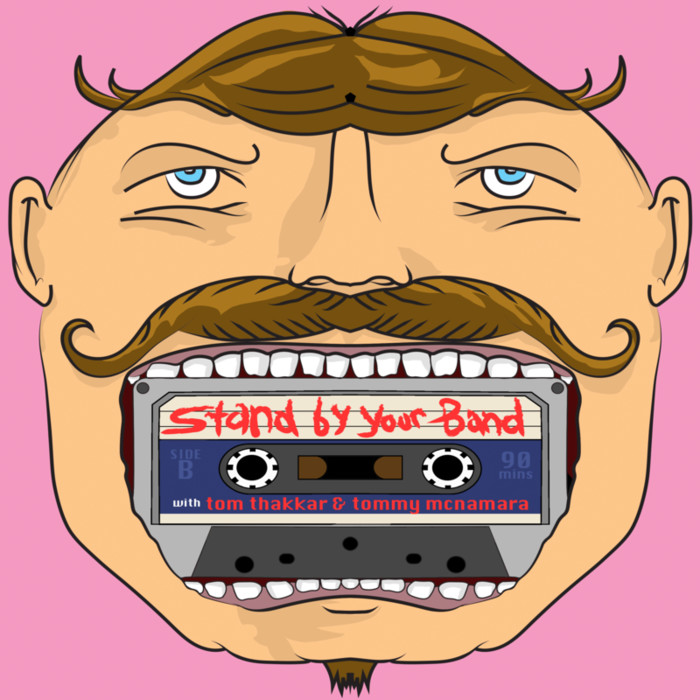 STAND BY YOUR BAND

( new york, new york )
Tom Thakkar (CONAN, Comedy Central) and Tommy McNamara (Onion Sports, A Special Thing) talk about the bands that Pitchfork attacks and your friends make fun of. Stand By Your Band is a podcast where comedians defend music that people make fun of them for liking. The comics have on guests who love a band that everyone seems to hate, and together they give that band a fair chance.

For Stand By Your Band LIVE: Battle of the Bands, we have a guest judge Along with Tom and Tommy, and 8 comics, each representing a band people make fun of them for liking. Each comic goes head to head in a roast battle-y match with another comic about the bands they are representing for 2 minutes each. The winner moves on to the next round of the tournament, and the loser gets the choice to leave or to join up with the band they just lost to in the next round. One band wins the tournament. 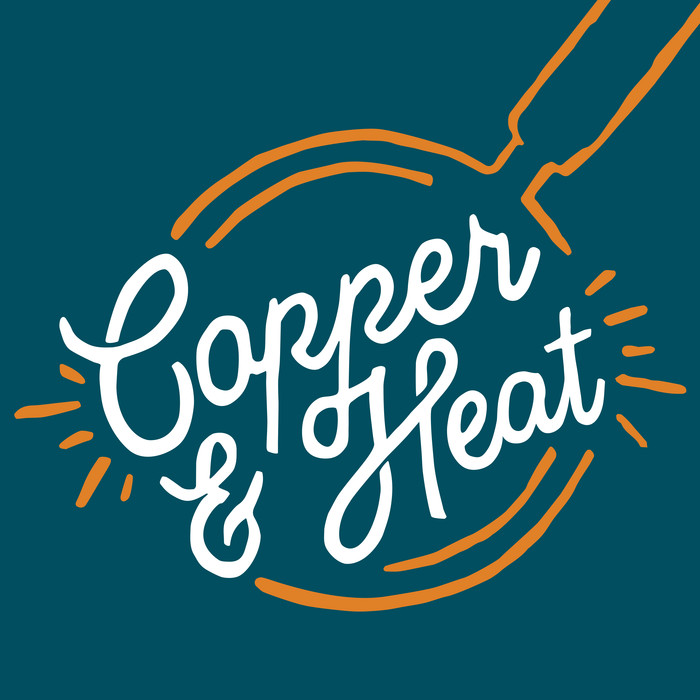 ( oakland, california )
Copper & Heat challenges the exclusionary systems that cooks and chefs have been upholding for generations. Katy and her husband Ricardo create and produce this James Beard Award winning podcast exploring the unspoken rules and traditions of restaurant kitchens through the stories of people that work in them. They focus on issues that underpin and enable exclusion in the restaurant industry that many don’t question. Why are professional kitchens organized the way they are? What makes a great chef? Who gets the most media attention and awards?

The restaurant industry is at a point where a lot of ground work has been laid for change. But in order for change to happen, more conversations about gender, race, and privilege in the kitchen need to take place. Copper & Heat is focused on starting conversations like that with the people that are working through these issues in restaurant kitchens every day. 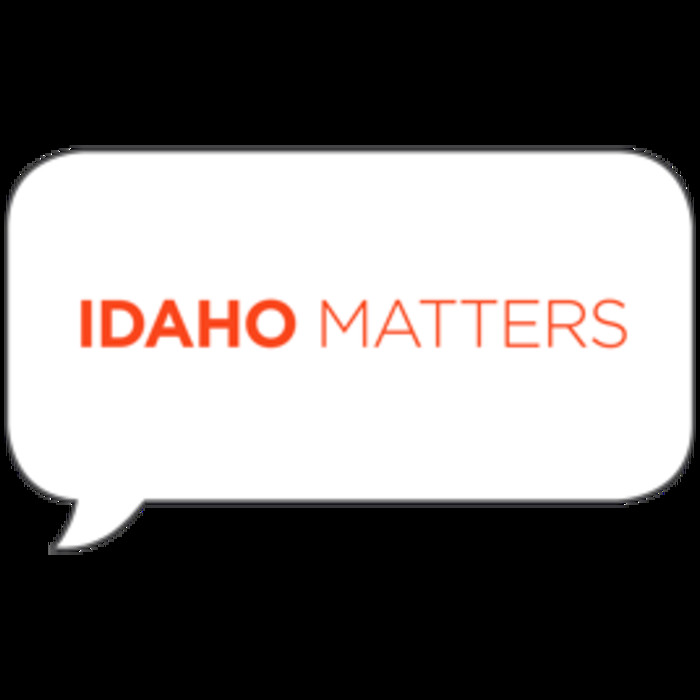 From politics to arts, business to non-profits, the show highlights surprising stories you might have missed — and goes deeper than the headlines on complex and nuanced issues. Folks with different views can talk with each other, exchange ideas, debate with respect and come away richer from the experience.

Join us for a series of live interviews to see how the show is made.