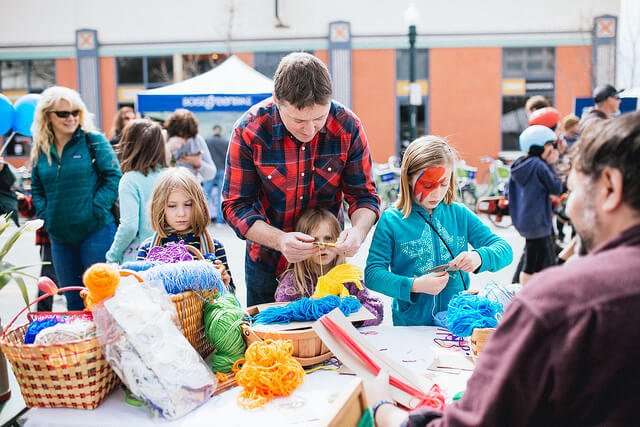 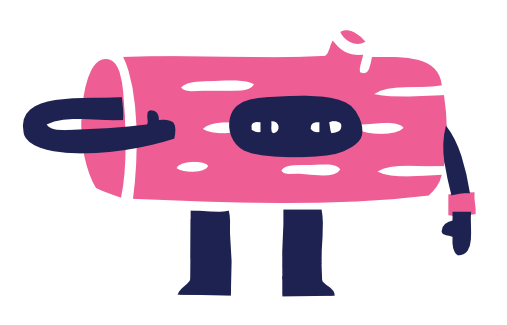 Big kids, little kids and everyone in between – Kidfort has planned two days packed with tunes, plays and puppets for Treefort 2017! Kidfort will be happenin’ Saturday and Sunday at the Nest Stage located in the Idaho Power parking lot, except for Oregon Shadow Theatre shows, which will be a ticketed event and held at El Korah Shrine. All ages are welcome to take part in the Kidfort fun!

SHAKESPERIENCE – A MIDSUMMER NIGHT’S DREAM – Idaho Shakespeare Festival
“Lord, what fools these mortals be!”
A girl has a crush on a boy who has a crush on another girl who is the girlfriend of another boy. Add to that a group of amateur theater performers preparing a play for a marriage party. Then mix it all together with a group of mischievous fairies. Shakespeare’s comedic triumph A Midsummer Night’s Dream is one of the most popular plays in the world and with good reason. Romance, madcap comedy and magic transformations will surprise and delight you! Recommended for grades 7-12.

STUART LITTLE – IDAHO THEATER FOR YOUTH – Joseph Robinette
“Size has nothing to do with it. It’s temperament and ability that count.”
Joseph Robinnette’s play adapted from E.B. White’s classic novel, Stuart Little, tells the story of Stuart, a mouse, born to the Little family and his adventures in New York City and beyond! Snowbell the cat, Margalo the bird, the boat race in Central Park, Dr. Carey the dentist, Stuart’s car and his journey north to find his friend. Five actors will perform more than 20 roles in this charming and inventive production of this beloved tale. Recommended for kindergarten – grade 6.

SOUND SAFARI – Charlie Williams, The Noise Guy
Lord of the microphone, czar of sound Charlie “The Noise Guy” teaches kids to read out LOUD! Charlie is a vocal sound impressionist, illustrator and author who shows how to use onomatopoeia to enhance reading, writing and storytelling. Do your kids love noise? Charlie uses amazing vocal imitations that will inspire them to become roaring readers. Imagine the story of the Tortoise and the Hare being told with the sound of cars racing past or Jack chopping down a beanstalk using a chainsaw! Hear the sounds of Lewis and Clark paddling upstream, and practice the ABC’s of Onomatopoeia! Guaranteed to please children of all ages!

BOISE ROCK SCHOOL INVITATIONAL
In collaboration with Boise Rock School, Boise’s best young talent will be rocking out at the Nest Stage. The headliner band will be Phonetic, an advanced Boise Rock School teen band on the Treefort lineup.

PLAY DATE – Greg Attonito & Shanti Wintergate
Play Date is an award-winning kindie music band that consists of husband-and-wife duo Greg Attonito, lead vocals and founding member of punk rock legends, The Bouncing Souls (1989-Present) and singer/songwriter Shanti Wintergate. Inspired by their love of music, creativity and adventure, Greg and Shanti have created top-drawer music for the whole family with their album, Imagination. These upbeat, euphonious, well-crafted songs will delight your ears and have you singing and dancing with or without your kids in no time.

THUMBELINA PUPPET SHOW – Oregon Shadow Theatre
Thumbelina is one of Danish storyteller Hans Christian Andersen’s most delightful characters, a miniature girl born from a flower who has to find her own way in the world of nature. In this Oregon Shadow Theatre production, Thumbelina journeys through a series of natural habitats to discover her home in the land of the flower fairies. Through the seasons of the year, Thumbelina has adventures with frogs in a pond, flying beetles in a tree, a swallow in the woods, a mouse in a field and a mole in his underground home. The live music is performed on hammer dulcimer, electric guitar, and an assortment of percussion and sound effects devices. Oregon Shadow Theatre’s production of “Thumbelina” has been awarded the UNIMA-USA Citation of Excellence in the Art of Puppetry.

Kidfort’s Thumbelina Puppet Show will be held at 12:30 p.m. at El Korah Shrine on Saturday, March 25 and Sunday, March 26. Tickets for kids of all ages and non-wristband holders are $8 at the door.

FORTCRAFT
New in 2017, Fortcraft is an open interactive building experience for kids, parents and anyone in between. Like a real world Minecraft, you can use cardboard, tape, markers and chalk to build the fort of your dreams, add on to other forts, decorate existing structures or make something else entirely. Throughout the event, structures will be made, taken down and remade again into something new. There is no wrong way to Fortcraft.

Under the direction of Travis Olson, challenges will be suggested. Kids can choose to participate in them or ignore them completely. Examples: Connect Four Forts Challenge, Tall Fort Challenge, Robot Costume Challenge, Dinosaur Challenge.

During Treefort Music Fest, 12 lucky students will work with Boise Rock School for a hands-on opportunity to learn filmmaking skills and collaborate with two Treefort Music Fest bands to film and produce a stellar music video! Much like a takeaway show, participants will shoot in studio and on location in downtown Boise to learn all facets of filmmaking including pre-production, camera, lighting, sound and post-production. The workshop commences with a public screening of two completed music videos at Filmfort.

Music Video Lab will take place March 21-24 from 4:15-6:30 p.m. at Boise Rock School and both of the videos will be screened for public viewing during Filmfort on Sunday, March 26. MORE INFO

STORY + KID – THE KIDS ARE ALRIGHT, A READING PARTY
It took a lot of guts, pencils and snacks, but Kidfort and Storyfort have collaborated to bring you the very best poetry, fiction, and essays from some of Boise’s younger writers. These kids got game and know stories, and we’re giving them a stage to share their work with Boise and beyond. Come down to Rediscovered Bookshop to cheer on the next generation of famous Idahoan authors.

YOGA + KID – GROOVE AND MOVE YOGA FOR KIDS – Abby Siebert
This Kidfort-Yogafort crossover class is all about moving and grooving! Abby will get kids moving through some sun salutations and other fun balance poses to enhance flexibility, strength, coordination and body awareness. We will wind down with a little breath work and mindfulness practices using creative visualizations and other simple relaxation techniques. This class is suitable for ages 4 and up (potty-trained, please).

BOISE PUBLIC LIBRARY PRESENTS: KAZU KIBUISHI
Make room on your Kidfort schedules! Kazu Kibuishi, author and illustrator of the Amulet graphic novel series, will be at Boise Public Library during Treefort Music Fest. On Thursday, March 23 from 6:30-8:30 p.m., come talk with Kazu and get your favorite book signed. In addition to the Amulet series, Kazu is the creator of popular web comic Copper, the eight Flight anthologies and was chosen to redesign the cover of the Harry Potter 15th anniversary edition. More information can be found here.

STAY TUNED FOR MORE FORT COLLABORATIONS & KIDFORT APPROVED PROGRAMMING IN THE COMING WEEKS!
To learn more about Kidfort and the 2017 artists, visit www.treefortmusicfest.com/kidfort.

Though the public has access to Kidfort events, if you want to guarantee being at an event during the festival, you should buy a 5-day Treefort pass. Treefort passholders have priority entry into events before the public.

Get your Treefort pass now for $165 (plus fees) here or swing by the Record Exchange!