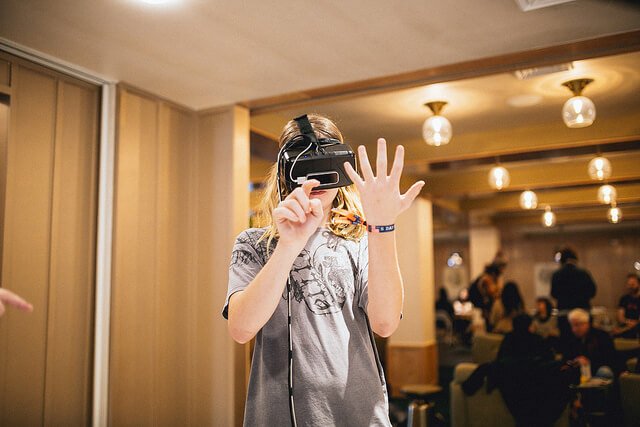 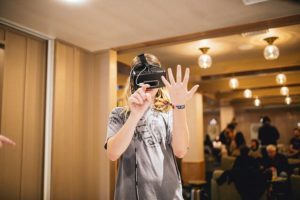 In October of 2016 the Idaho Virtual Reality Council organized the state’s first ever Immerse-a-thon.  The event was a hackathon that asked teams to design content and applications specifically for virtual and augmented reality hardware.  Support from leaders in the VR space such as Unity and HTC Vive as well the local organizations Boise Code Works and VYNYL helped make this largest hackathon event ever in Idaho.  Now the IVRC is gearing up to do it all over again, but this time it is teaming up with Hackfort, Trailhead Boise, and a few new major sponsors like NVIDIA and Perkins Coie to make the 2017 Immerse-a-thon bigger and better.

Each team’s project will be evaluated by a panel of judges in the following categories;

The four quarterfinalists will be given the chance to present their project to the whole group at the end of the day on Sunday the 12th.

A semifinalist from each division will be selected and named at the end of the event.

The two semifinalists will be given the opportunity to present their projects at Hackfort, where the Grand Prize Winner will be announced.

Judges begin review at 5:00 pm Sunday (Specific timing is dependent on the number of participants)

Quarterfinalists announced and present at 6:00 pm

Semifinalists named at the end of the Immerse-a-thon at 7:00 pm

In the case of a tie, the team with the highest score in the category “could the project become a real product” will be declared winner.  If the finalists tie once again, two independent judges not involved in the original judging process will be called upon to evaluate the projects.

One of the founding partners in a 40+ man Web Development and Design agency. Office located in Boise, ID. Directly managed a network of clients and software developers and contributed to growing sales from $100k to $1.6M in our second year. Directly responsible for growing our team from 6 members in Jan 2014 to 42 members in March of 2016. Oversaw Pixel & Line’s merger with 2 other software development agencies to become VYNYL.

With over 10 years as a creative director in the gaming, mobile app and print industries and 5 years at Intel as a software engineer and UX lead, Duane has a unique talent of translating abstract creative concepts into actionable, real-world results. His core competency is in bridging the gap between strategic, artistic and technical teams. He takes personal and career development very seriously and is always learning. Duane has lived an adventurous life across 27 countries, speaks 3 languages (English, Mandarin and Indonesian), is the recipient of a Gold Award at Chinese International Industrial Fair (CIIF) for Excellence in Robotics, and has an enthusiasm and zest for life that he bring to all the teams that he works with.

Brett has been developing websites and software solutions for over 20 years and started building mobile applications before the first iPhone was released. His clients and employers have ranged from small startups to Fortune 500 global enterprises. He is experienced with all stages of the software development life cycle and has built applications using a wide range of software development technologies.

Inventor of things. From a young age, Dan has been experimenting with how to make products better from testing performance of the potato gun to improved optics on a telescope. Currently, Dan serves as Founder and President of IonVR, a mobile VR headset that nearly eliminates VR sickness and works with most every smartphone. In 2005, Dan began his career in IT infrastructure, which led to the formation of Digavise in 2011, with clients across a variety of verticals. Highlights include removing malware from an electron microscope for a large mining company, intranet security for an international investment firm, and identifying SQL vulnerabilities for large companies. After trying an early Oculus DK1, Dan began experimenting with VR, first making a wireless, battery operated Oculus using cloud infrastructure to send data. Using mobile devices soon followed. The first prototypes were built with cardboard and then Legos (dubbed the Blockulus). A year of optics research followed, leading to the current IonVR headset, with built-in hardware that nearly eliminates blur. Research and development continues in virtual reality to improve and enhance the growing industry.

Cody Rutty is an artist living and working in Boise, Idaho. For the past 15 years, Rutty has explored what he calls Iterative Abstraction, a process-driven form of drawing and painting that involves the communication between layering to both inform the evolution of works as well as communicate systems found in natural repeated processes. Rutty’s work can be found in public and private collections throughout over 100 countries and all 50 states in the US. He is best known for large, abstract works and small intricate drawings and studies. He enjoys reading and playing piano, and is currently independently furthering his studies in computer science, virtual reality, and 3D modeling to incorporate new thought models into his work.

Haven’t gotten your festival passes yet? Grab them now!