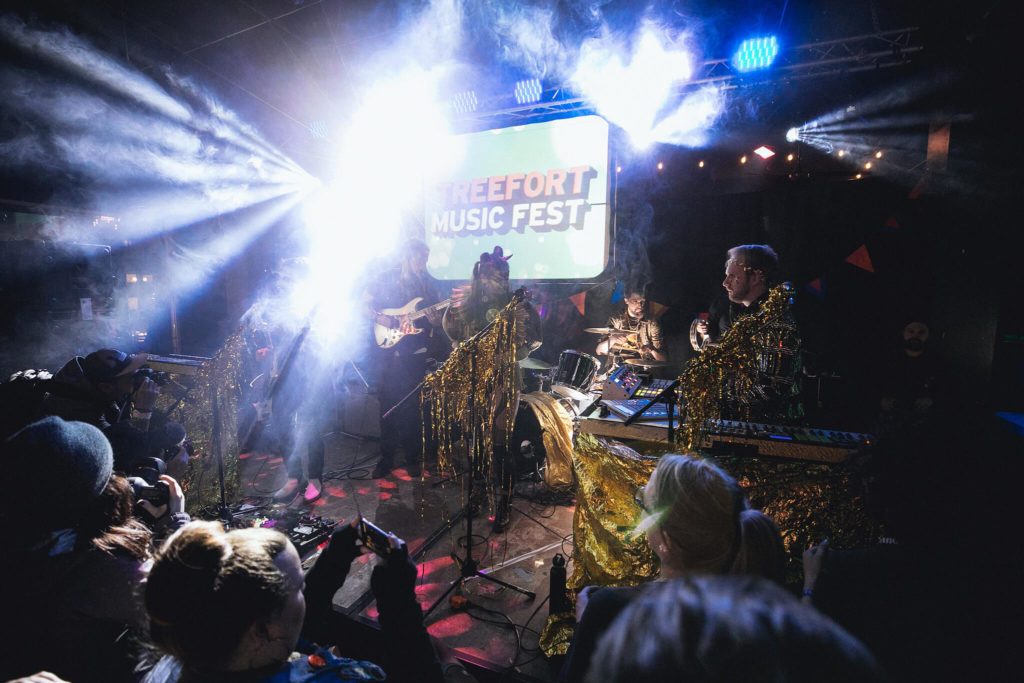 It’s Friday, y’all! Here’s to another day of dancing, laughing, and celebrating.

Don’t forget to check out this year’s survival guide for all the info on what to bring, how to get around, and what to eat. Pick up your Treefort Pass and some Treefort 8 souvenirs at Main Stage— everything is in small quantities so snag it up now, while you can! Need help during the fest? The Ranger Station is a great resource.

Before we dive into today’s festivities, let’s relive yesterday thanks to our amazing Treefort film crew: 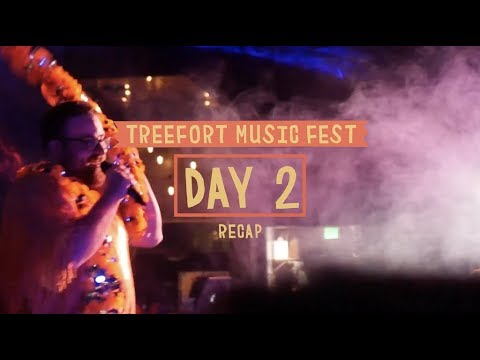 Turn off your brain and let your body sing with Esmé Patterson as she kicks off music at Main Stage* at 3:30pm. Los Angeles-based electronic/downtempo R&B act Rituals of Mine and six-piece band Sweet Spirit keep the party going. Later in the night, indie rockers Mt. Joy open for Grammy-nominated singer songwriter Liz Phair!

*All ages. To view all ages in the app, go to SCHEDULE > SEARCH and type in “all ages”

Treefort Gallery is free and open to the public. The gallery is open 1pm-7pm at The Owyhee*.

Los Angeles-based dance duo WHYTEBERG will perform pop-up shows at the gallery at 5pm and 6pm. In collaboration with City of Boise grant recipient STRT/SLCT, the work will be inspired by the pixelated nature and kitschy character arcs featured in vintage games.

THE FORT OF DRAG

Check out The Fort of Drag‘s crossover events with Storyfort at The Owyhee*, free and open to the public.

Drag Queen Story Hour (DQSH) is just what it sounds like — drag queens reading stories to children in libraries, schools, and bookstores. This event is also in collaboration with Kidfort. Kids ages 3-8 are welcome for this imaginative and playful story time at 1:30pm!

LGBTQ+ artists and activists will hold a moderated discussion about how to start, join, and engage in queer spaces in your community at 2:30pm.

Local dancer and choreographer Selby Jenkins will perform at Boise Contemporary Theater*at 5:30pm. de-escalation routes‘ will focus on the emotional layers at which Selby dialogues ideas and captures memories lost in space and time.

Catch Storyfort events at The Owyhee* all day! At noon, learn about Janalyn Guo’s adventures writing an AI guppy, Catherine Kyle’s reasons for always teaching comics, and the beauty of strangeness on the first floor, or watch a live taping of Idaho Reports on the second floor. Reporters Amanda Peacher and Nate Hegyi of the Mountain West News Bureau will sit down with their editor Kate Concannon to go behind-the-scenes of their radio journalism at 1:30pm.

At 3pm, learn about the history of zines and create your own on the second floor, or come connect, inquire, and challenge the prejudices that separate us with The Human Library: Conversations Beyond Stereotypes (brought by Ada Community Libraries and The Meridian Library District) in the lobby. Join a songwriting workshop from acclaimed artist Laura Veirs on the first floor at 3:30pm. Find out why Idaho hip hop isn’t taken seriously on the first floor at 4:30pm.

Award-winning author Reema Zaman will share her work with us on the first floor at 6pm. Genuinewrestleboys will record a live podcast at 7pm, followed by another live podcast by That Baseball Show at 8pm.

Venture over to Woodland Empire Ale Craft* at 3pm for a live podcast of GrottoPod featuring New York Times bestselling author Tara Conklin. Stick around and listen to the work of writers Camille Acker, Janalyn Guo, and Tara Conklin at 4pm.

Local bartenders tell stories of the spirits, antics, customers, and weird moments that come with being a bartender at The Mode Lounge (21+) at 5pm.

Experience a commentary on social media told through the personal stories of young performers and artists at MING Studios* at 6pm.

We’ve got a full day of tech at JUMP* for Hackfort 2019! Start the day off by listening to the Idaho Virtual Reality Council and industry experts as they discuss the present state of VR and where it’s headed in the future at 10am in the Loft Room. At 11am, Cameron Crow talks about nonpartisan research platform Make Idaho Better in the Loft Room, and Vynyl President Ian Harris talks about what the industry is doing to bring patients to the forefront of healthcare technology in the Inspire Studio.

Talk about consciousness, ethics and soul awareness as we seamlessly integrate embodied communications and virtual worlds at 1pm in the Inspire Studio. At 4pm, listen to Eric Barone talk about the history of Stardew Valley in the Inspire Studio, or (in collaboration with Storyfort) discover how stories, world, and gameplay interact to make a meaningful and engaging experience in the Loft Room.

Have a beer, chat with the keynote, play in an arcade game tournament or just socialize with other Hackforters at Hackfort Happy Hour 3pm-7pm in the Jump Room. Also at 3pm, learn how Dan McInerney gets paid to break into corporations’ buildings in the Inspire Studio, or discover how Silicon Valley engineers are reinventing audio in the Loft Room. End the day by learning the history and future of Solar Roadways with Hackfort headliner Scott Brusaw.

Alefort 2019 is free and open to the public (21+) 3pm-8pm in the Alefort Tent on 11th & Grove. Check out today’s cider showcase featuring ciders from cideries who are reaching out to local sources to get their ingredients.

Today at the Alefort Presents Bar, Alefort is challenging participating breweries to take one of their flagship beers, switch the yeast, and make something just as delicious as the original. Those who truly know what it is to make craft beer will enthusiastically take on this challenge. The result? Aleforters get to try beer exclusively made for Alefort and gain a better appreciation for how much specific ingredients can make a difference in the overall process.

Alefort asks the big questions, examines the Boise taco-ssance, and invites you to join. Today’s Taco Takeover features fresh tortillas pressed and cooked on site by Calle 75 and Diablo & Sons. From there, 6 restaurants, show the Boise taco scene is with fillings both traditional & new Idahoan. 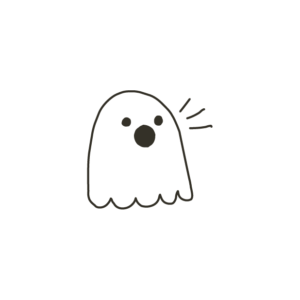 In collaboration with Storyfort, watch a live podcast session of The Dork Forest, a dork-on-dork dialog hosted by comedian Jackie Kashian at 5:30pm at The Owyhee* (free and open to the public!).

Between sets at Main Stage*, Comedyfort comedians will have you slapping your knee. LOL with Cailtin Weierhauser before Mt. Joy and Yedoye Travis before Liz Phair!

The giggles don’t stop there! Hop on over to Woodland Empire (21+) for Sam Tallent and other Comedyfort comedians at 8:30pm.

Catch a film or two (or four) today at Filmfort 2019 located at Hilton Garden Inn*. Watch FUTURE LANGUAGE: The Dimensions of VON LMO, a distorted portrait of an artist that explores storytelling, ego, delusion, conviction and memory, at 2:30pm. Before the film, you’ll see Morning Star, a short film about reality breaking down due to an alternation in the fabric of the universe and an ancient being trying to find out what happened and why.

Coming at a moment of profound political and social crisis, What Is Democracy? reflects on a word we too often take for granted. Watch this idiosyncratic, philosophical journey take place at 5pm. At 7pm, there’ll be a showing of Mouthpiece, a powerful, funny and highly original look into the conflicted psyche of a fiercely independent millennial woman.

Kick back, grab a drink, and check out some underground shorts underground 10pm at The Cellar at Red Feather (21+).

Yogafort 2019, located at JUMP* in the Pioneer Room, officially starts this morning with the opening ceremony yoga at 10am! Join the hive and flow like honey for a slow and gooey Vinyasa class with teacher Kate Swarm and musician Sol Rising at 11:50am. Find the magical soft edge of the hard place with a slow flow practice with teacher Denise Druce and musician Sheela Bringi and band at 1:10pm.

Explore the energies of earth, wind, fire, and water in a multilevel Vinyasa class with teacher Bibi McGill and musician Qais Essar at 2:30pm. End your afternoon sweating for joy on the dance floor with the Dance Commander Celeste Bolin and musician Deeveaux at 4:30pm.

Bring your kiddos to Kidfort 2019 for all sorts of fun activities all weekend! Purchase a Kidfort shirt, then customize and color it at El Korah Shrine* at 11am. Stick around and grab lunch at a homemade tortilla workshop (in collaboration with Foodfort) at 11:30am ($5 at the door).

In collaboration with Hackfort, join viral video creator Jared Jacobs (@goldyeller) as he shares his love for stop motion Lego animation at JUMP* in the Loft Room.

Winners of the Youth Variety Showcase auditions will perform at the Radioland Stage* at 4pm!

Head over to Trailhead* for a day of music industry panels. Learn what place-based impact investing is, Boise’s current approach, and how could Boise improve at 10am. Join the conversation about music ecosystems around the U.S. and how it applies to the future of Boise at 11:20am. Hear from the music supervisors on their process of finding, choosing, clearing, and placing music, and independent artists’ and labels’ place in 2019’s film & TV landscape at 1pm. End your afternoon hearing from music creators Andrew Joslyn and Ian Moore about the challenges they face sustaining a full-time career in music at 3pm.

Take a bite of Foodfort Talks at the Basque Center*. Foodfort Talks are free and open to the public. Chef Bonnie Morales will present a food demo inspired by the cuisines of Ukraine, Belarus, Georgia and Uzbekistan at 11am. Join Aaron Niederhelman, CEO & co-founder of OneHealthAg, as he records an episode of Sourcing Matters and chats with local food luminaries at 12:30pm. Shun Regional Sales Rep and Chef Thomas Peace teaches us how to properly wield our kitchen knives at 2pm.

Pick up your bright, shiny new accessory 12pm-10pm at Main Stage. Remember to bring your ID and ticket confirmation with you.

Bounce back with brunch at Bittercreek Alehouse*! Biscuits + gravy, biscuit sandos, breakfast poutine, breakfast beers and tunes performed by Matt Hopper, Audio Moonshine, Bloom, and L.A. Edwards…doesn’t get much better than that. Music starts at 10am.

Portland Party is presented by our super friends at Eleven PDX Magazine, Tender Loving Empire, Jealous Butcher Records, Good Cheer Records, and Misplaced Screen Printing. Join us at The Olympic (21+) starting at 12:30pm and dance the day away to Bryson Cone, Sávila, Møtrik, and Babehoven.

Our festival friend from Reno, Off Beat Festival, is throwing a party before Treefort doors open at Neurolux (21+) starting at 1pm. Rock out to some of their fave artists: Spirit Award, Dentist, The Blank Tapes, and Balms.

Hang out at Hops & Bottles (21+) for a second chance to see a handful of Colorado’s finest for FREE, featuring Serpentfoot, Knuckle Pups, and Indigenous Robot. Music starts at 1pm.

The Blank Tapes play another set at downtown philanthropic sammie spot Even Stevens* at 4pm!

Grab a brew at Boise Brewing* and rock out to And And And and The Golden Fleece. Music starts at 4pm.

Check out the KEXP Showcase featuring Møtrik and Tango Alpha Tango at the Radioland Stage* at 6pm!

Listen to music while you use the Treeline to get to more music! Tonight’s Treeline-up features Anna Tivel, Hillfolk Noir, and Good Not Great. Music starts at 6:30pm.

For more info on all second chance shows, click here.

None yet. Check back later!